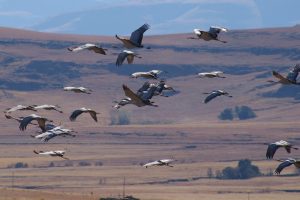 South Africa is home to three crane species, all of which are managed through a dedicated breeding programme at the Hlatikulu Crane and Wetland Sanctuary. Hlatikhulu Crane and Wetland Sanctuary is located between Highmoor / Kamberg and Giants Castle in the Drakensberg. At this bird sanctuary, visitors can learn more about the rescue, rehabilitation and captive breeding programmes created to preserve the blue crane, grey crowned crane and wattled crane. 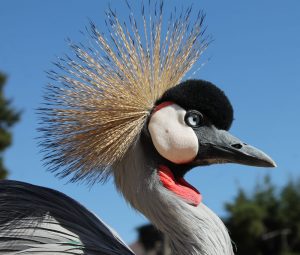 Enjoy close-up interaction with South Africa’s blue, crowned and wattled crane species at the Hlatikulu Crane and Wetland Sanctuary. These endangered birds are being rescued, rehabilitated and bred at this bird sanctuary where visitors are afforded an opportunity to learn about their habitat, habits and heritage. Best of all there is no charge but donations are welcome. 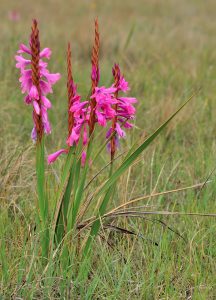 Due to the loss of its preferred grassland habitat to forestry and farming, blue crane (Anthropoides paradisea) numbers have dropped by approx. 90%. Injured, poisoned or confiscated birds are rehabilitated at Hlatikulu before being released into the surrounding area. The wattled crane is critically endangered in South Africa, with only 240 individuals remaining in the wetland regions on which they depend for breeding. These cranes construct a large moat around their chosen nesting spot where one or two eggs are laid. Since only a single chick is reared by the parents, the other egg is removed to the Johannesburg Zoo where wattled cranes are also reared for captive breeding purposes. The crowned crane is the most versatile of the South African crane species, having adapted to life in parklands, farmlands and even on golf estates. Their nests consist of a flattened nest mound in wetlands or near water sources, where up to four eggs are laid at a time. Major threats to the crowned crane include poisoning, powerline collisions and capture for the pet industry.

What else is here?

While the Hlatikulu Crane and Wetland Sanctuary is mainly focused on the rescue and rehabilitation of South Africa’s three crane species, the facility also acts as a general sanctuary for other wetland bird and mammal species.